»It quickly became clear that the protest wasn’t only about Bizim Bakkal, but about what the shop represents. It has become a symbol for all that has already been and could still be lost to the gentrification of Germany’s most iconic city – independent and small family businesses, diverse communities, and the edgy, imperfect cityscape that has characterized Berlin.« 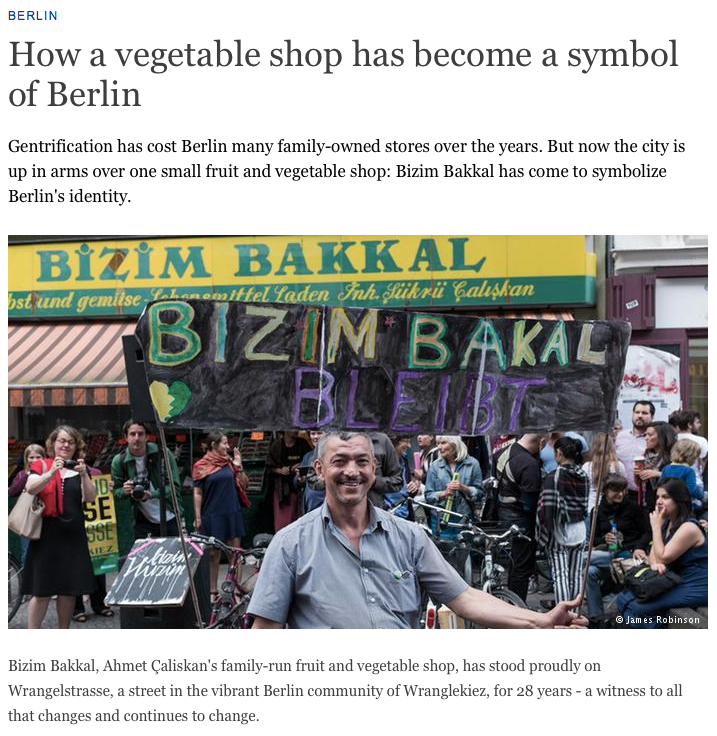 »How a vegetable shop has become a symbol of Berlin«, 9. Juli 2015, Deutsche Welle