* SOLI MEANS SOLIDARITY: all artists perform without salary, Lido does not charge rent, the entrance fee (depending on how much you want to/can give 7-15€) will be used by Bizim Kiez!

Invite all your friends!

BIZIM KIEZ HAS A LOT TO CELEBRATE!

That we‘re experiencing such a wonderful rebellious summer together in the Wrangelkiez neighborhood, that so many different people have come together and – every Wednesday and beyond – make clear: our grocer Bizim Bakkal has to stay, we all stay! In a neighborhood and in a city in which we want to define ourselves how we live together instead of being pushed around by interest in financial profits.

Therefore, we’re celebrating a festival of solidarity against insane rent hikes and displacement with:

JAQEE –  is at home in the genres reggae, soul, R&B, and after Uganda and Sweden (where she was nominated for the Grammy twice) in the Wrangelkiez neighborhood as well

MARC-UWE KLING (known as the flat mate of the communist kangaroo in the trilogy of the same name) und his “Lesedüne” colleague MAIK MARTSCHINKOWSKY, who will tie together humor and philosophy, critique of capitalism and satire of the daily grind, and LINGUAL CREW, an old-school hip-hop family from all parts of Berlin, who rap their socially critical lyrics in German, English, and French

In the meantime on the 2nd floor, in the cozy atmosphere of Lidolino, DJ LUCHA AMADA AND MCS will provide us with rebellious sounds without borders, from latin-ska to reggea to cumbia and hip-hop. 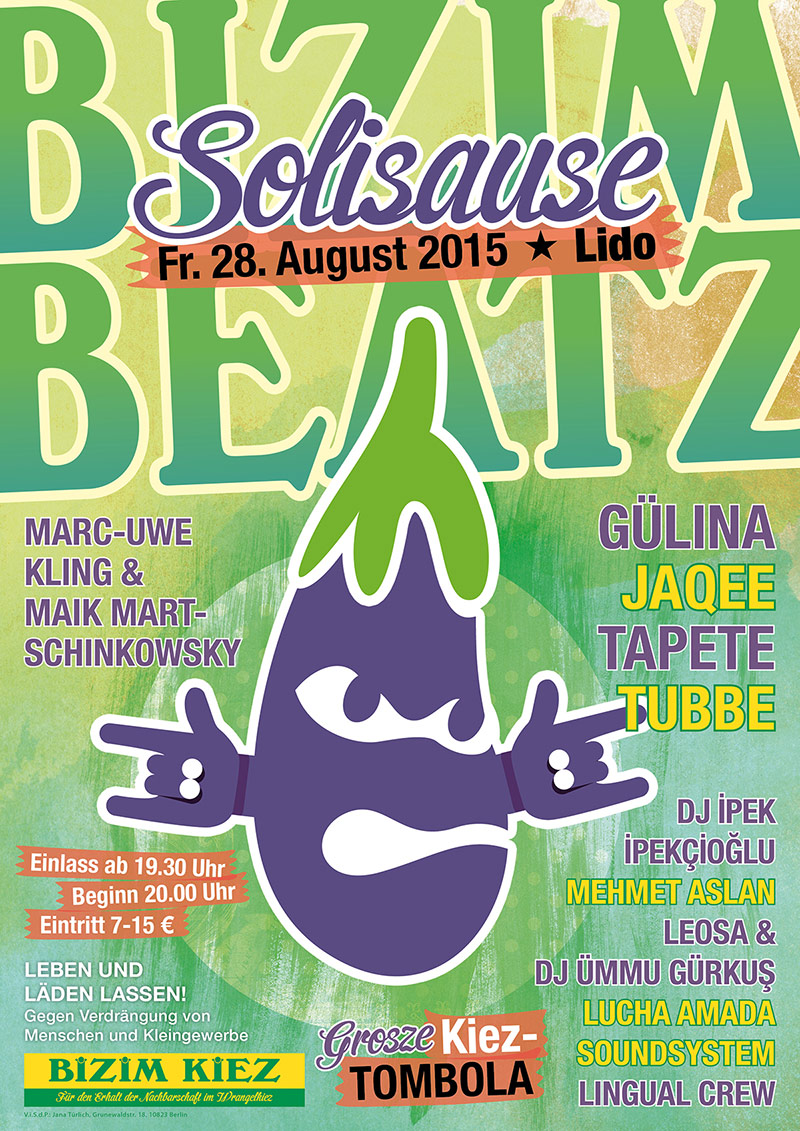