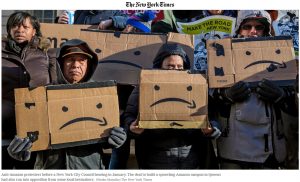 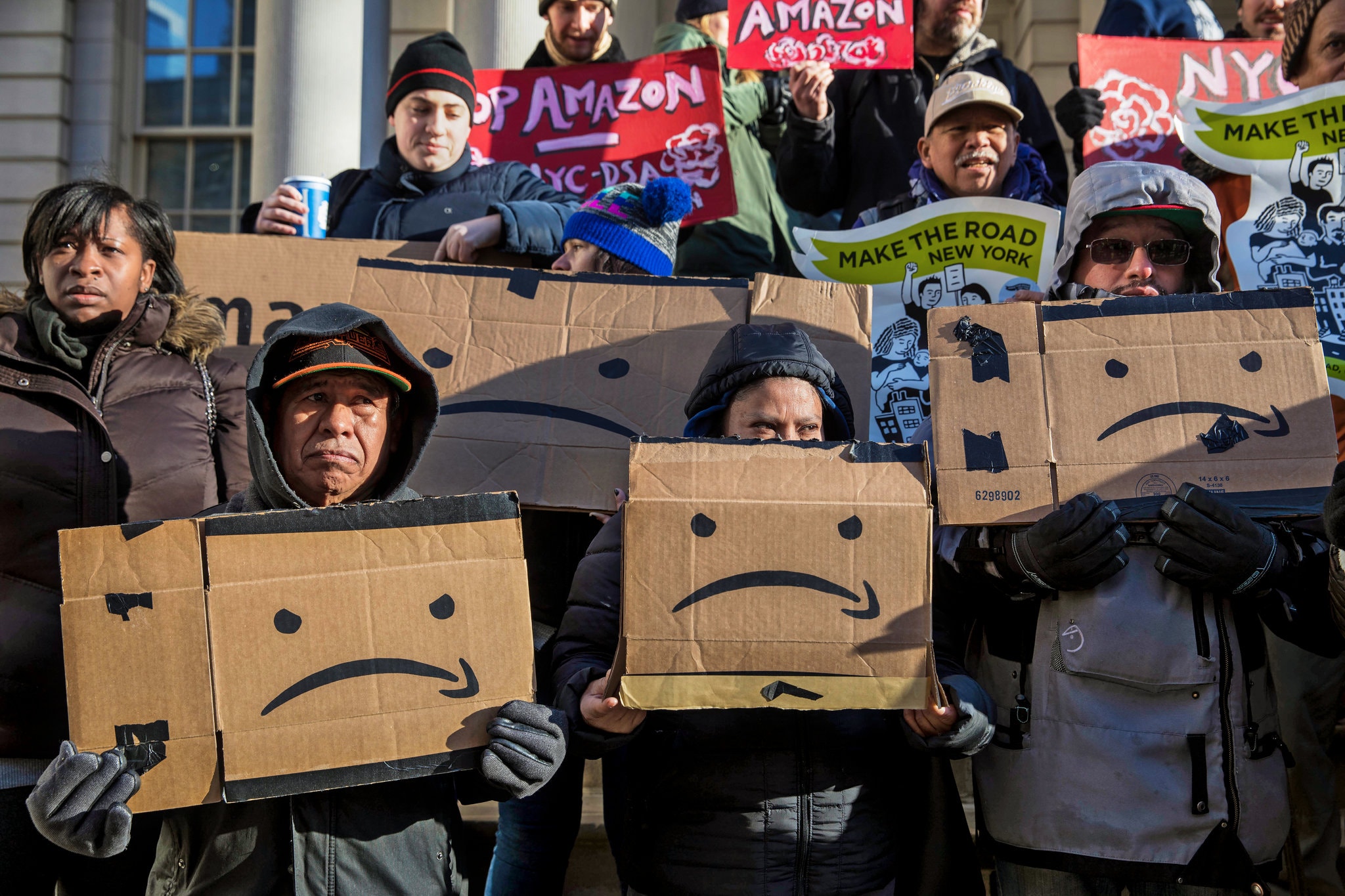 “Amazon on Thursday canceled its plans to build an expansive corporate campus in New York City after facing an unexpectedly fierce backlash from some lawmakers and union leaders, who contended that a tech giant did not deserve nearly $3 billion in government incentives.

The company, as part of its extensive search for a new headquarters, had chosen Long Island City, Queens, as one of two winning sites, saying that it would create more than 25,000 jobs in the city.”

more in the article of New York Times