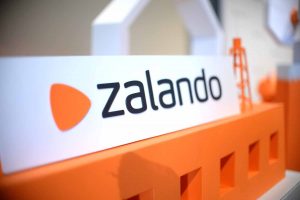 Fashion Giant Snaps up a Bargain for Itself

Zalando is a market-leader in online clothing retailing in Germany. Already headquartered in Berlin, it has now announced it is building a major facility on a riverside site in the middle of an urban residential neighbourhood in Kreuzberg.

The weekday influx of thousands of office workers is likely to see established local businesses, longtime providers of livelihoods to local families, priced out of the area in favour of trendy bars run by outside entrepreneurs and likely to take more money out of the local economy than they contribute to it.

The local neighbourhood, traditionally known as Wrangelkiez (and more recently also as „Bizim Kiez“), has long been coming under pressure from rapidly rising residential rents, forcing locals out of the area and away from friends and family. Yet at least residential tenants can benefit (in theory, at any rate) from a limited amount of legal protection from the indifferent property market. Local businesses, which in many cases have been the livelihoods for families for a generation or more, do not enjoy such protection.

When Zalando’s intentions were made public this year local residents quickly got organised to make their protests heard. But, thanks to longstanding weaknesses in city housing policy predicated on yawning black holes of debt in Berlin’s public coffers, the Zalando deal is already signed, sealed an delivered.

The „Bizim Kiez“ neighbourhood, having made a name more widely for its impressive shows of solidarity by and for local residents and tradespeople, is facing a further radical undermining of its local economy and community by this globalised retailing giant, poised to encroach on established small retailers and other businesses.

3 thoughts on “Zalando Site: Everything Must Go”