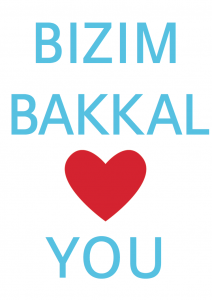 The protest for Bizim Bakkal has made it clear: we have an influence!

Not only did the building management company responsible for number 77 Wrangelstraße (Bizim Bakkal) withdraw their termination of contract, but our show of solidarity has also paved the way for other landlords / landladies to sit down at the negotiating table with small business tenants under threat.

The Bizim Kiez neighbourhood now has a new meeting schedule: the plan is to hold fortnightly meetings, alternating between street events and indoor plenary events. This means each month there will be both a meeting on the street and a plenary meeting. The specific dates and times for the coming months are still to be announced.

We invite you to the:

Open Plenary Meeting on Wednesday,
the 30th of September, 2015
at 7.00 PM in the Kerngehäuse Canteen
(20 Cuvrystraße, in the 2nd courtyard)

A neighbourhood defending itself. United against displacement.

Recently an article on our movement appeared in the  “Magazin der Berliner MieterGemeinschaft” (Berlin Tenants’ Association magazine) which is worth reading (german) : In Berlin-Kreuzberg wehren sich Nachbar_innen kollektiv gegen die profitorientierte Zurichtung ihres Kiezes (in Berlin-Kreuzberg neighbours’ collective defends itself against the butchering of their neighbourhood for profit)